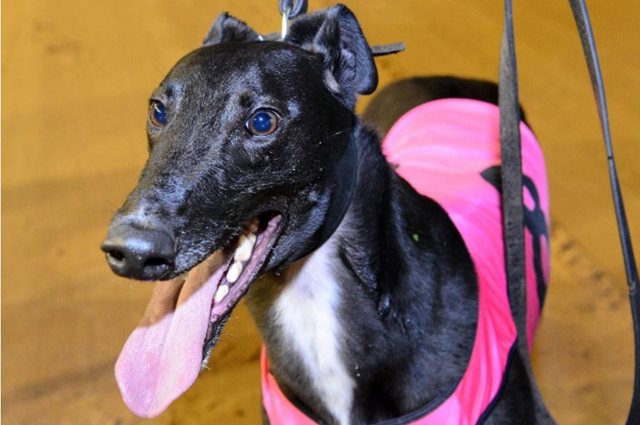 Seniors card at the ready for To The Galo’s


To The Galo’s (pictured) will head into Wednesday’s Group Two Warrnambool Cup heats as the oldest and most experienced greyhound by 13 months and 13 races.

“We have been really lucky injury wise, he has had niggles but I get him checked every fortnight by Des Fegan so we can get on top of anything in the early stages,” trainer Philip Smith said.

Smith has also mixed up his racing routine, swapping between galloping up the straight at The Meadows, swimming him during the warmer months and bush walking.

“He is a pleasure to train. Sometimes it is hard to believe how old he is because he acts like a puppy.”

“He knows when he is racing – I don’t know if it’s the white shirt we wear when we are handling that he registers with racing, but he knows on race day it’s party time,” White said.

To The Galo’s is arguably in career best form; his past seven starts he has reigned victory on six occasions and finished second by just 1.25 lengths at Geelong.

“He hasn’t really slowed down in his career,” Smith said.

“He just loves racing and is the happiest dog I have every trained. His tail doesn’t stop wagging and is a pleasure to train.”

To The Galo’s is no stranger to Victoria’s Country Cup circuit. In the last 16 months To The Galo’s has been a part of three Country Cups; his Warragul Cup win kicked off his love affair with Victoria’s country racing, he then went onto equal third in the Warrnambool Cup and then finish fourth in the Horsham Cup.

WATCH: To The Galo’s win the 2016 Warragul Cup from box four.

“Being a part of a Country Cup is pretty special in itself. The clubs do a great job of promoting the races to make it a successful one both on and off the track,” Smith said.

“Warrnambool and Sale do the best job, it is always a real party atmosphere which is great for the community.”

“Country Cups are always difficult to win, you have the best greyhounds from around Victoria, or even wider, competing for good money.”

On Wednesday night To The Galo’s will jump from box one in heat three of the Warrnambool Cup at 7.58pm. He finds himself up against Crackerjack Choc who won the 2017 Cranbourne Cup and Group One winner Aqua Cheetah.

“There is no easy race when it comes to heats of the Country Cup but I am happy with the heat he is in – it is definitely not the hardest heat.”

“The dogs in his heat are mostly 500 metre dogs, To The Galo’s loves the horse-shoe tracks, with the long back straight so he can move through the gears.”

There is one dog that has been a threat to To The Galo’s, reigning Traralgon Cup winner Jesaulenko.

“The biggest challenge for To The Galo’s is stepping back up in company, he has been racing in a few veteran races, so stepping up to this level may be difficult.”

“He has drawn box one but I would prefer him out wider on the track. If he was to make it through to the Warrnambool Cup and drew box eight I wouldn’t put it past him to claim the win.”

While Smith is placing To The Galo’s in races that best suit his star chaser, the training duo have quickly created a checklist of achievements which includes recording a win all 13 tracks throughout Victoria,  as well as winning in 2018, which would mean To The Galo’s would record wins in 2014, 2015, 2016, 2017 and 2018. But Smith believes that may be a stretch.