YOUR CLUB, OUR COMMUNITY

The Club has hosted some of Australia’s greatest racers and leading trainers, with the Group 2 Warrnambool Cup a highlight of Victoria’s greyhound racing calendar. 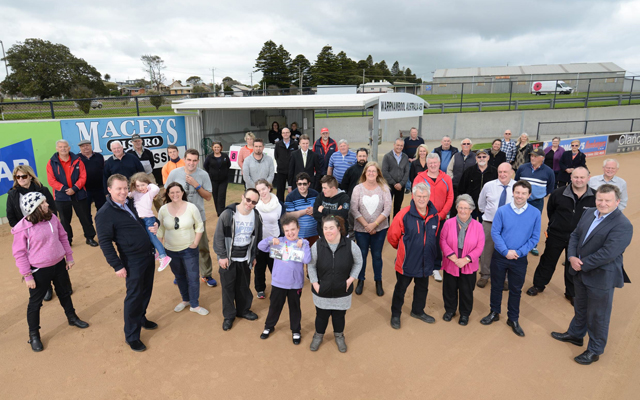 In the early days, there were several small greyhound tracks around the outskirts of Warrnambool, and one of the best known was a 300-yard grass straight track at Bushfield, approximately 8 Kms outside Warrnambool.

Around 1931, another track sprung up on the outskirts of Warrnambool which was a semi-circular track. The popularity of greyhound racing during that period saw yet another track open at Wangoom, under the management of the Warrnambool Plumpton Club.

In 1936, a new track was opened on low ground at the corner of Botanic and Queens Roads, just below the Botanic Gardens – a single grass track of some 300 yards. The club staged a gala opening to celebrate its new track which was known as Whiteway.

In 1937, the club innovated again by creating a circular 388-yard track. The new circuit was shaped as a horseshoe, with a good run home to the finish from where it linked up with the straight track, which of course remained operational.

During the 1939-1945 war, the enforced security restrictions greatly affected racing, with all night racing banned and Saturday afternoons became the norm.

In 1973, the club became the freehold owner of the land on which it raced. Botanic Park turned out to be a most serviceable track.

In 1976, the committee faced the challenge of committing to vast expenditure to upgrade facilities. But, it was decided that the club move and build a completely new track at the Warrnambool Showgrounds.

The Botanic Road site staged its last meeting in 1978 farewelled by a very large crowd.

In July 1978, the club entered a new era of greyhound racing in Warrnambool when the lights of the new $290,000 track were turned on for the first time at the Showgrounds site. Racing commenced in early September with a huge crowd in attendance to see the new facilities and greyhound racing under spectacular lighting.

In 1991, the club announced that it would stage the first of the now famous Warrnambool Classic, initially offering a winner’s purse of $50,000. The Classic is run on the same night as the Warrnambool Cup creating huge interest in the whole meeting.

The late 1990’s saw the club develop even further with the construction of a new function centre, track upgrades and a new kennel block. This project was completed in January 2002.

Currently, the Warrnambool Racing Club hosts one weekly race meeting on Thursday night. Additional night meetings are occasionally held, including the Wednesday night in early May of the Warrnambool Cup.

The club is also home to the Seaside Carnival, which is held late December to early January, consisting of 6 race meetings over 10 days.

Warrnambool Racing Club offers extensive, modern and comfortable facilities for social and business functions. The club caters for events such as weddings, engagements and birthdays but also exhibitions, conferences and conventions. Just call the club on 5561 2766 to discuss your requirements. 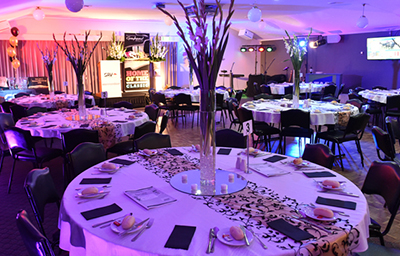 The club and greyhound racing contributes over $8 million annually to the Western District economy and generates around 150 jobs.

The local community is at the forefront of the club’s thinking.

Major yearly community events include The Warrnambool Great Chase Community Day, which gives community groups the opportunity to raise funds to support their important work while staff and clients enjoy some fun at the track. Groups who participate in the event include the elderly and Victorians with special needs.

Over the years, funds raised by The Great Chase across the state have exceeded $500,000, which have benefited hundreds of community groups and their clients. In 2016, nearly 100 groups shared in the $44,000 prize money.

In Warrnambool, around 230 people with special needs were at the track in September 2016 for The Great Chase event. Kyeema Support Services drew the winner. 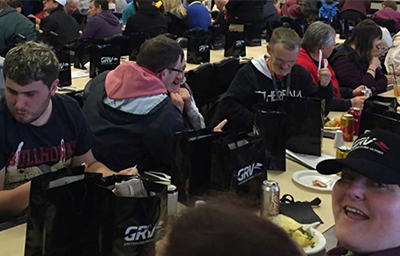 Jade Wiese grew up in Warrnambool, helping her parents, Sandra and Stan Wiese, train and race their greyhounds at the local club. And Jade was very much in charge of naming all their dogs too, coming up with names like ‘Powdered Toast’. When, sadly, Jade was diagnosed with cancer, the family’s dogs played a very important part in keeping her spirit strong until she passed away. Sandra and Stan sponsored the Jade Wiese Memorial Race at Warrnambool Greyhound Racing Club in her honour and, at Jade’s request, the race is run as a maiden to give greyhounds who have yet have to win a race, more opportunities to do so. Norm McCullagh is well known in the greyhound racing world as the owner and trainer of the legendary Bold Trease, one of the all-time great champions of the track. He’s also well known in the Warrnambool region for his engine reconditioning business which over half a century has kept local cars running smoothly. While Norm reckons it’s unlikely a dog as great as Bold Trease will come along again, he’s still training some very handy runners, winning races around Victoria.

TELL US YOUR STORIES

Historically, the people in greyhound racing have always generously shared their expertise with their peers. Tell us your stories. Tell us how you raised your pups so that they are socialised early. Tell us what you do when you put integrity and the welfare of the dog in front of everything you do.

On this page, we’ll share your stories as well as keeping you informed of the latest club’s community news.

Tell us also what stories you’d like to see.