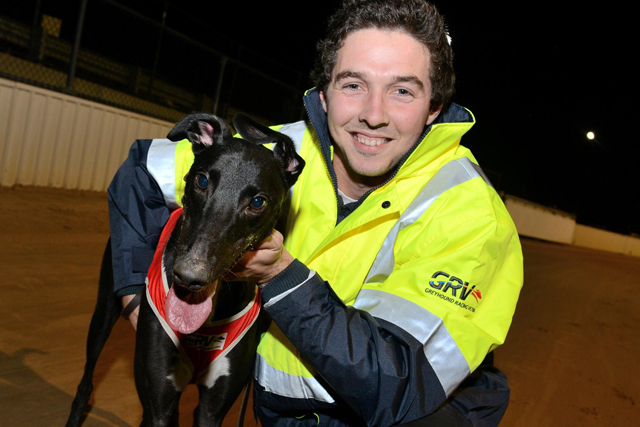 
In 2011 Jackson Bell (pictured with Premier Zed) was delighted to receive a $50 ‘sling’ when he caught winner Compacto in the Group 2 Macey’s Bistro Warrnambool Classic.

On Wednesday night, the 22-year-old local, who’s been training for only three years, is hoping to play a much more significant role in another Classic victory, with his maiden surprise packet Premier Zed.

And this time there’s much more at stake, with a massive $75,000 winner’s purse up for grabs.

“When I was at school I used to catch to get some cash in hand. It was always a thrill when I had a catch in the Classic and it was a really big thrill when I caught Compacto,” Bell said.

Bell, a talented footballer who has just three greyhounds in his kennel, is striving to mastermind a stunning upset with his first Group finalist Premier Zed, which remains winless after nine starts.

WATCH: Premier Zed finish second from box one to Rig Fifty Five (box two) in the semi-final of the Warrnambool Classic last week.

Premier Zed’s reward for running second at big odds in his heat and semi-final of the Classic is a date with two of the best sprinters in the land, dual Group 1 winner Lightning Frank and Group 2 Laurels heroine Up Hill Jill.

“I couldn’t get the smile off my face when he made the final. I couldn’t believe it,” Bell laughed.

“He’s still a maiden so I wasn’t really expecting much. The heat was hard enough, then the step up to the semis was even harder and obviously the final goes to another level. The quality and pressure goes up another notch this week. It’s like we’re in the AFL now!”

Underlining the size of the task confronting Bell and Premier Zed, the $101 outsider of the Classic field with TAB, is that Premier Zed has earned only $2000 in prizemoney, paling in comparison to Lightning Frank’s $290,444 and Up Hill Jill’s $153,391.

“It’s pretty daunting, but I’m just happy to be there,” Bell offered.

“He’s not running the overall time but he’s beginning well and giving himself a chance. He’ll need to begin well again with Up Hill Jill on his outside.

“Two years ago a 50/1 chance, Nunya Tron, won the Classic, so you never know. If he did win it would probably be the richest maiden win ever!”

Bell combines greyhound racing with his other great sporting passion Australian Football, being a two-time premiership player with Warrnambool in the Hampden Football League, which will ensure there’s plenty of local support for the underdog on Wednesday night.

“When I went to training on Thursday night a few of the boys were getting right into it,” Bell quipped.

“With the horse racing carnival on as well everybody is up and about and with two locals in the final, my dog and Lightning Frank, there should be a really big crowd.

“There’s definitely a few similarities with football and training greyhounds. I think you’ve got to treat them as athletes. I wouldn’t do anything with a greyhound that I wouldn’t put myself through in football.”

Jackson is adopting a calm approach to the biggest moment of his fledgling training career, although it’s unlikely he’ll be able to escape the pressure at work as his boss at a local tyre service, Stuart Bishop, owns Premier Zed with a group of friends.

“Stuart used to train dogs and he had a few dogs getting broken in and needed a trainer so I decided to give it a go,” Jackson explained.

“My girlfriend Stacey is a big help. She’s a vet nurse so she loves animals. She didn’t have anything to do with greyhounds before but she really loves them now.

“Premier Zed was bred by Peter Hubbard, who sadly passed away late last year, so it’s nice to see the dog make a big race like this and it would be even better if he could win it.” 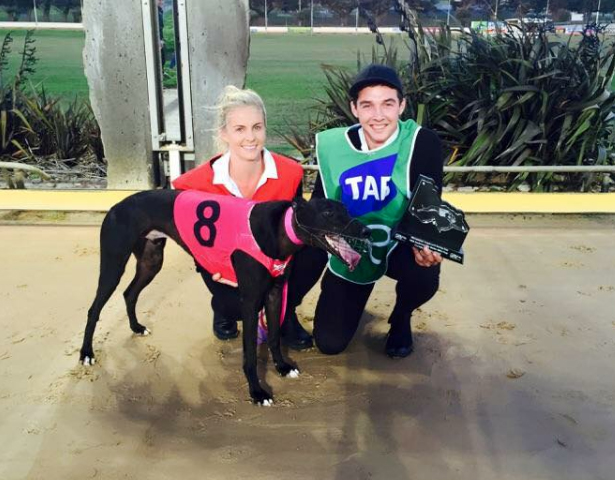 Jackson Bell and his girlfriend Stacey 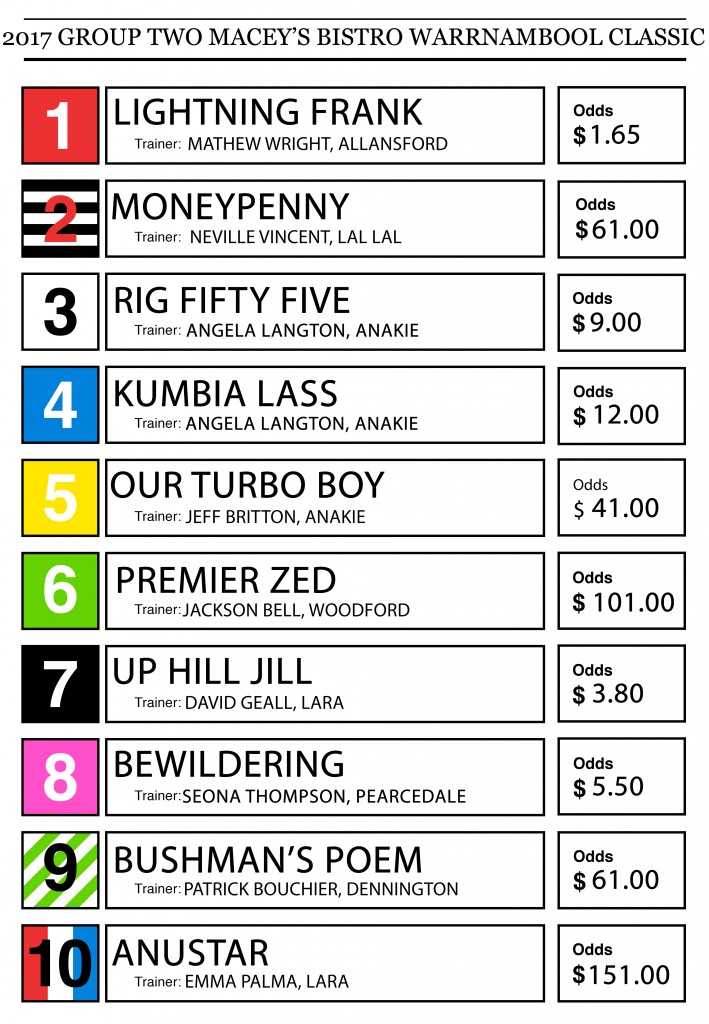