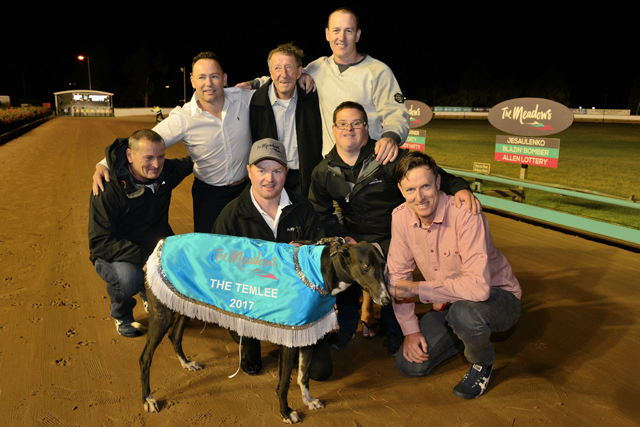 The return of the Frank


Multiple group one winner Lighting Frank is making his long-awaited return to the track tonight in the heats of Warrnambool’s premier event, the Warrnambool Classic.

The Group Two Classic is the richest greyhound race on Warrnambool’s calendar, with $75,000 to-the-winner and $148,000 on offer throughout the three-week series.

Despite 45 days since his last race appearance, trainer Mathew Wright believes that his star chaser, Lightning Frank is more than ready to put his best paw forward.

“He was racing at the highest level for a long time, and after the Australian Cup he pulled up feeling a bit tired – but nothing major,” Mathew Wright said.

“He has had a few trials back now and he is trialing really well.”

“Frank has a higher chance of winning a Classic I would think,” Wright said.

“The Classic has always been a race that is hard to win. You can come up against some really good dogs in the series.”

“Like any group race it would be an honour to make it through and possibly win it, but being local to the track would make it pretty special.”

Lightning Frank will jump from box four in the eighth Warrnambool Classic heat, his 28th career start which has seen him win on 16 occasions surpassing more than $287,000 in prize money – thanks to victories in the Group One Temlee and the Group One Silver Chief.

“Anything can happen in racing, you can never be 100 percent confident in running.”

Wright believes his biggest threat in the race is Bushman’s Poem, who is jumping from box two for Pat Bouchier.

The first of eleven Warrnambool Classic heats kick off at 3.19pm this afternoon. First and second plus the ten fastest thirds will make it through to the four semi-finals next week.