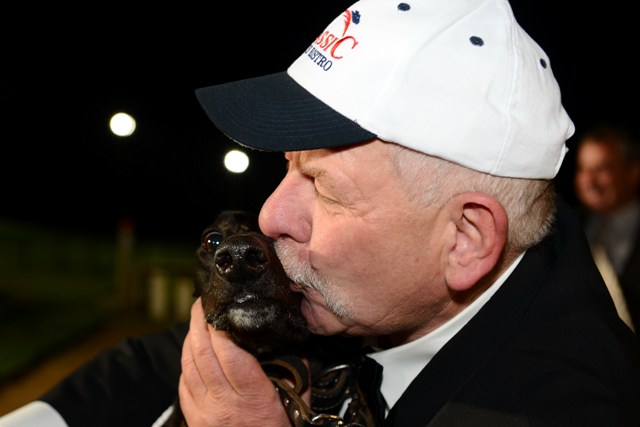 Thursday, 7 May, 2015, by Greyhound Racing Victoria


The Warrnambool Cup and Warrnambool Classic were the culmination of a massive night at the Warrnambool greyhounds on Wednesday, as the Australian INXS Show had the crowd rocking the grandstand like never seen before in over 100 years of greyhound racing in Victoria.

Greyhounds winning races at odds in excess of 50/1 is also rarely seen, and for that matter virtually unheard of in group race finals. However, Nunya Tron did exactly that, paying $56.70 when defeating decorated duo Dewana Result ($10.70) and Shared Equity ($1.20Fav) to claim the massive $75,000 first prize bounty in the Warrnambool Classic.

“That’s my boy,” screamed an emotional Simon Barker as he embraced Nunya Tron following his shock victory (see above).

“He should never have been those odds. I had $100 on him at 40/1 and as usual I got unders,” laughed the Elphingstone trainer after Nunya Tron claimed his fifth win from 10 career starts.

The Warrnambool Classic is unique in that greyhounds must be nominated (at a cost) when and untried pups, meaning it is a classic case of breeders having to put their money where their mouths are.

Barker acknowledged Nunya Tron’s breeder Ron McCullagh, and he also described the win as one of his greatest moments in greyhound racing.

“I won a Sandown Cup 15 years ago (with Osti’s Joker), and winning this race is a very, very close second to that.”

“This is the first time I’ve entered a greyhound for the Warrnambool Classic. It’s a race I have always wanted to win so to do so first up is very surreal.”

“I’ve had some setbacks with Nunya Tron, but I’ve been preparing him for this race ever since he made his debut four months ago,” Barker said.
.

Trainer Terry Reid, who is the son of GRV Hall of Fame trainer Peter Reid and has been training greyhounds all his life, said Ronray Spirit was something special.

“He’d be on a par with Trousers as the best greyhound I have ever trained. Trousers won a lot of races, particularly in town, but he didn’t win any country cups, where as these sort of races are Ronray Spirit’s specialty.”

Ronray Spirit collected a $45,000 first prize in front of the huge crowd that included his owner breeder Irena Steele, with Midnight Ride second and Ride The Rails filling the minor placings.
. 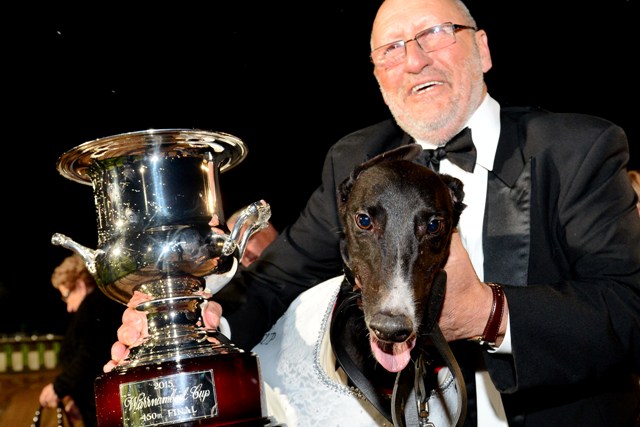 Ronray Spirit with Terry Reid after the Warrnambool Cup.
. 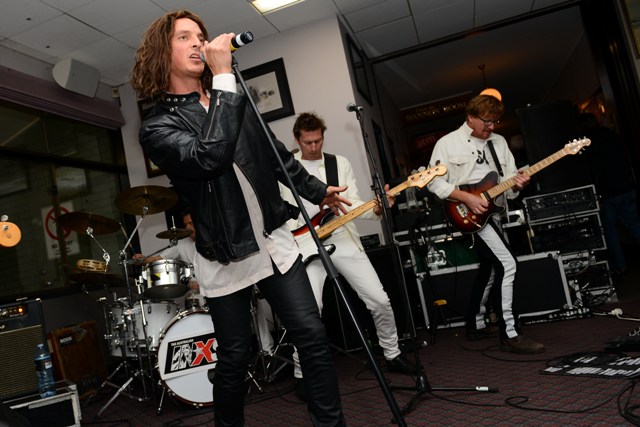